I've been meaning to do a Friday 5 thing since I started this stupid blog, but never got around to it.  Everybody clicks on a good list, and so I thought I'd do my 5 favorite "whatevers", but what if some Friday I just wanted to rant?  Or wanted to share dumb jokes?

From here on out, I introduce to you a new feature on my blog:  F5.  It will come out on Fridays.  It will be 5 things.  I will make no promises on quality of content.

The 5 Takeaways from Volunteering at IRONMAN Florida 2014

1)  Be prepared for any kind of weather:

This year's race was unusually cold, and horribly windy.  The weather sucked so bad that they actually cancelled the swim.  If anyone ever told you there was no crying in IRONMAN, they were lying.  Because there was crying.  And cussing.  Cussing in many different languages.

After the shock wore off, I bought a beanie and then we walked back to Walmart to buy gloves.  Gloves.  In Florida. 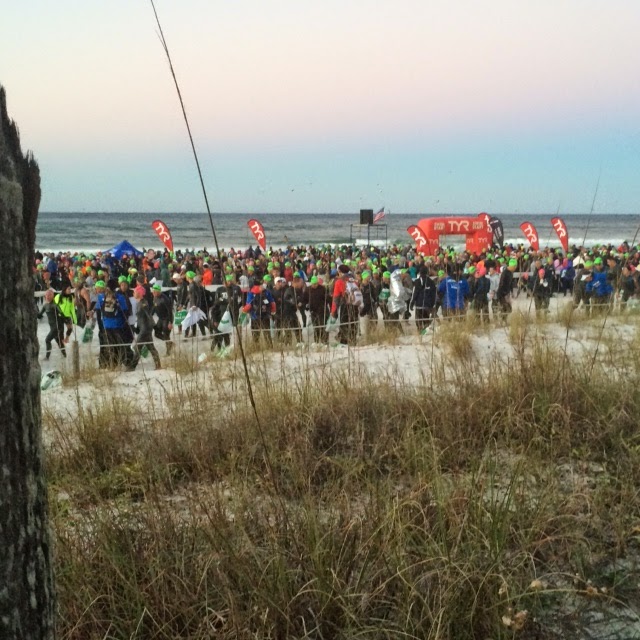 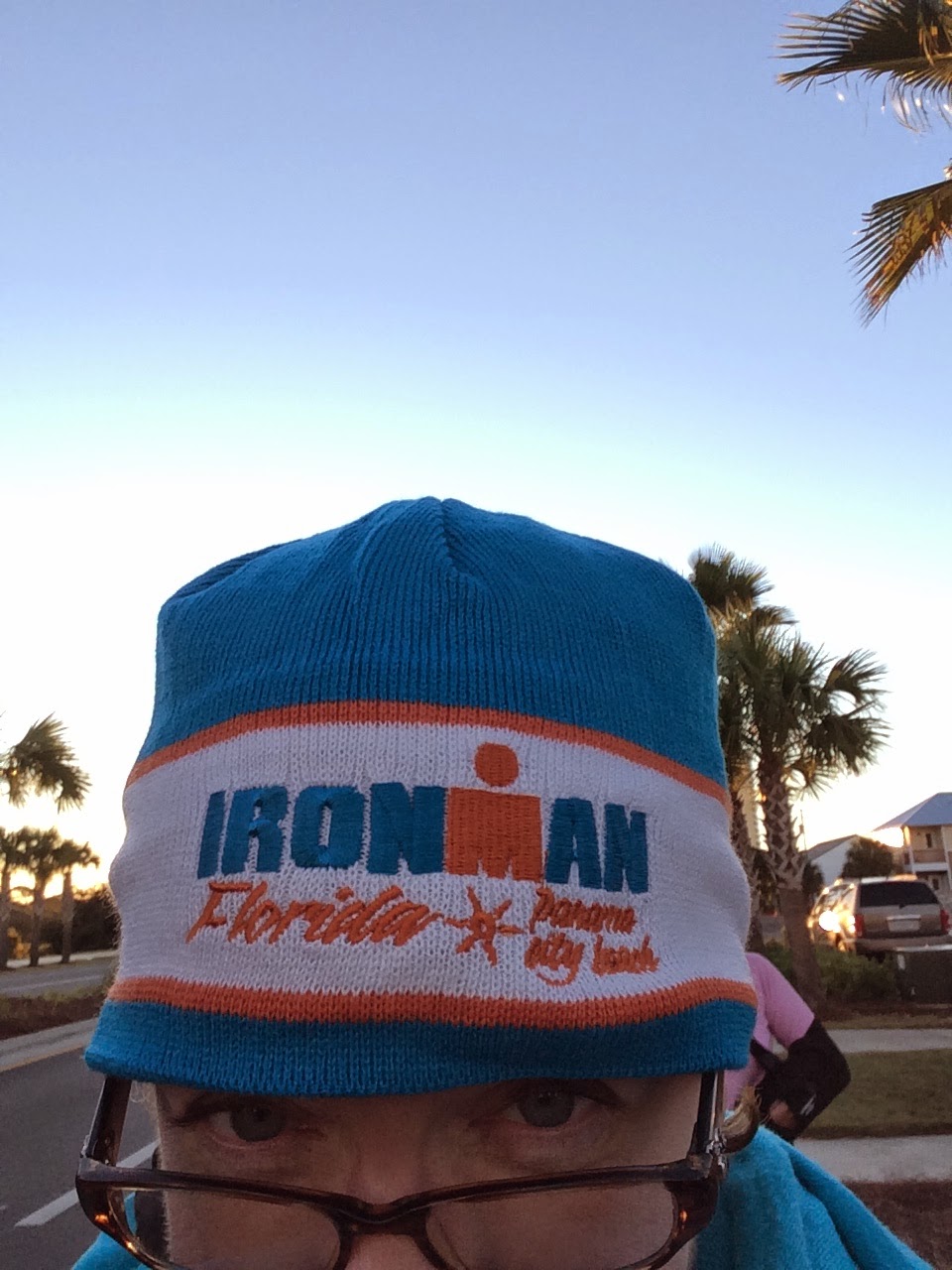 2)  Be prepared to stand around a lot:

With any kind of volunteer situation, there is a lot of hurry up and wait. Sadly, about 50% of volunteers don't show up, and if they do...they don't show up on time.  Because of this, organizers typically have you get where you need to be a long time before you are actually needed.    Such is the case at the run turn around.  We were at our post about 1/2 hour before the lead runner was even off his bike.  He had such a lead that we didn't see anyone else for another 20 minutes.  So there was some time for shenanigans.   We all signed up for security which basically meant traffic control. 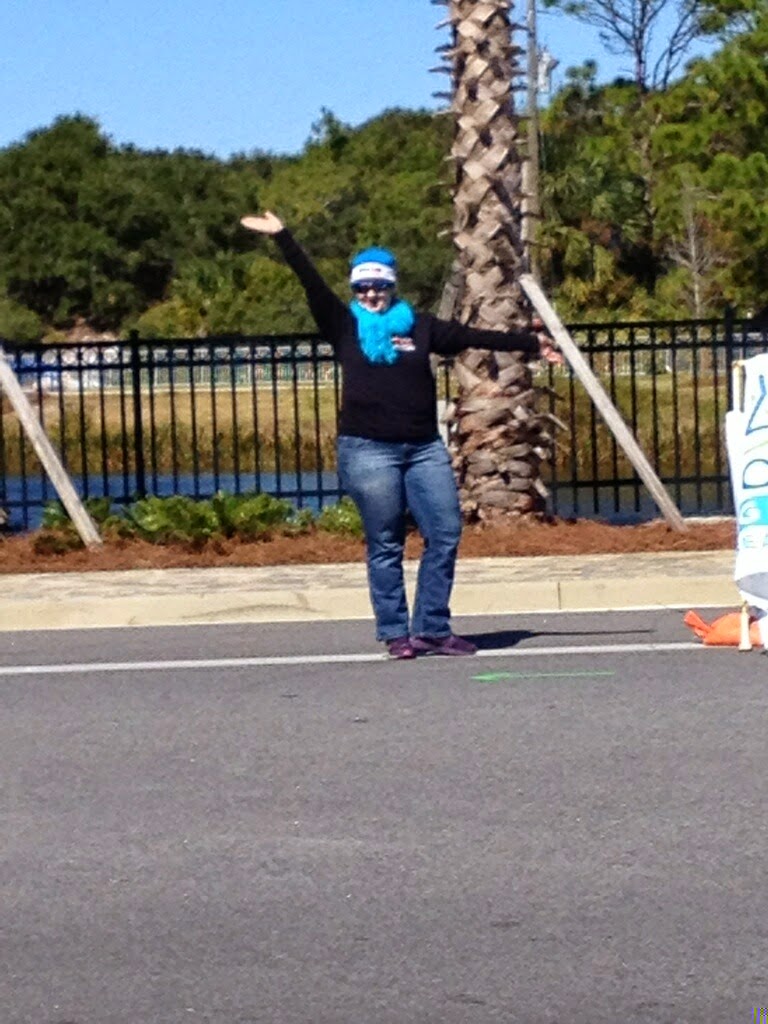 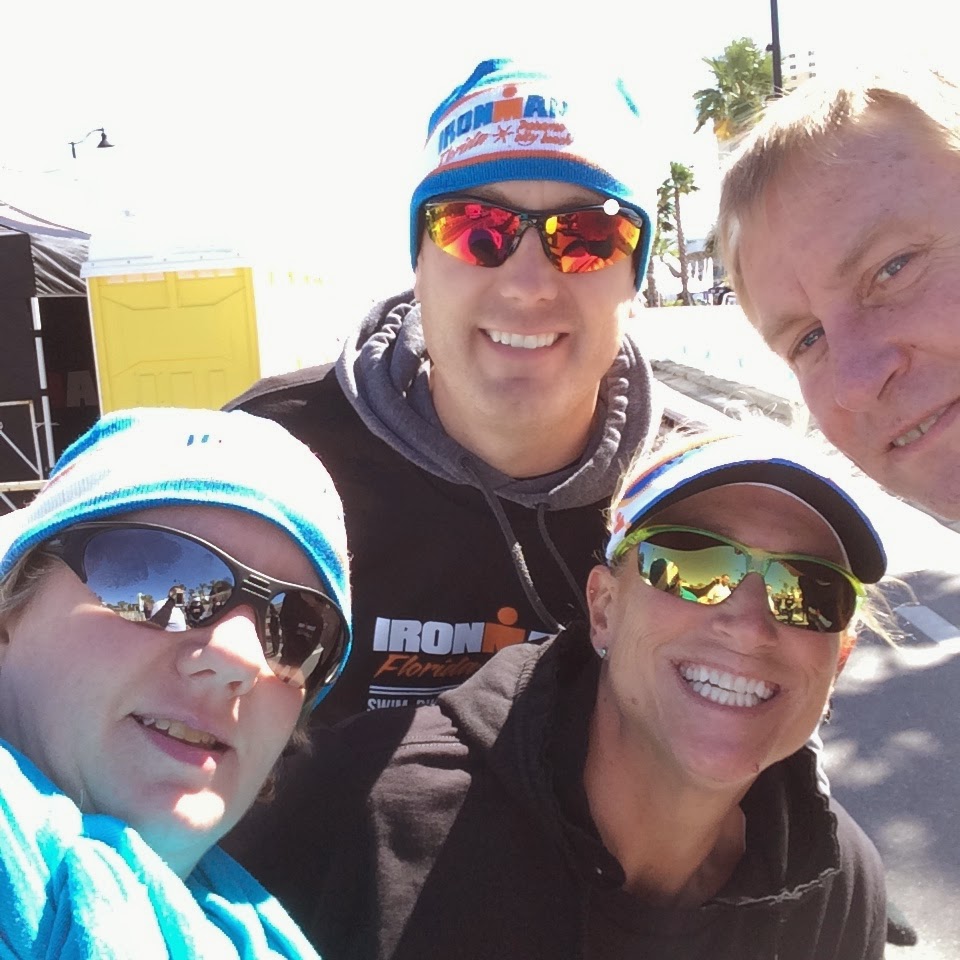 3)  Be prepared to be right there by the Pros!

I was right there by the leaders (and eventual winners).  Athletes that I've read about in magazines ran passed me...3 times.  It was pretty cool.  There was also one athlete that got a lot of attention for her creative use of running bra as a water bottle holder.  A LOT of attention.

Yes it was cold.  Yes it was windy.  Yes, this race will always have an asterisk.  But it's FLORIDA.  I even saw a shooting star while looking out our balcony.  The angry waves calmed down and Sunday was a chilly, but beautiful day. 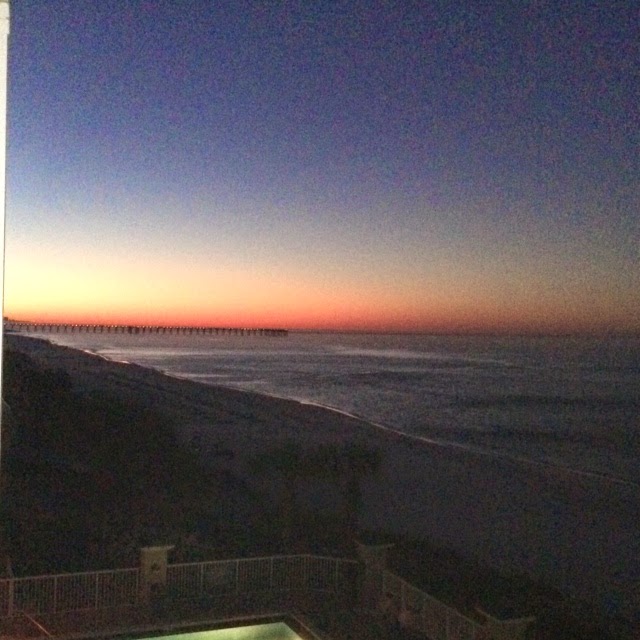 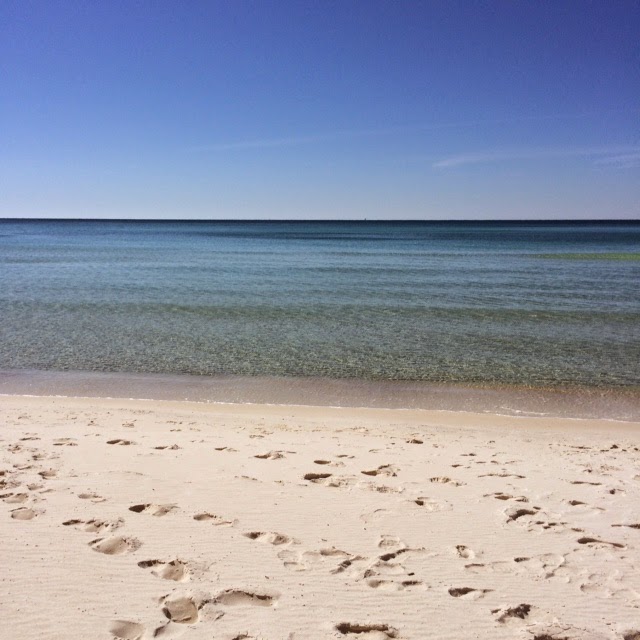 5)  Be prepared for your training group!

A 14 1/2 hour road trip lets you know a lot about people.  2 such trips in less than 72 hours lets you know more that you may want.  Especially when it's 7 adults travelling in a Tahoe.  Nothing illegal or immoral went down, but it's probably best to just leave it at "What happens in the Tahoe stays in the Tahoe."

All that aside, I think I lucked out on the group I leeched onto get to train with for the next year.  We will put in a lot of miles in the next 365 days.  And in 366 days, we can lay on that beach and do nothing.